resultat
Paying to Protect the President
Last year, Eric Trump defended his father’s frequent visits to properties owned by the family business, saying that Trump hotels charge far less than others would. “If they were to go to a hotel across the street, they’d be charging them $500 a night, whereas, you know we charge them, like 50 bucks,” . But recent reporting by The Washington Post’s to stay at Trump properties — then tried to keep that information secret. “It’s not only that Trump has control over this - he’s paying money to himself - but also that we weren’t told,” Fahrenthold said. “You could make the case that if they publicly advertise this and listed these things in public spending databases and you and I knew about this from the beginning, they might be able to make the argument that like, ‘Oh well, the public knows and they're okay with it.’ But we didn't know. They didn't tell us. So there's a real moral distinction.” Related episodes: • Learn more about Fahrenthold and The Post's   about WNYC and ProPublica's investigations into the president's business practices.
An Intimate Dinner with President Trump
Lev Parnas and Igor Fruman have attained notoriety for their parts in the Ukraine mess. They’re both Soviet-born U.S. citizens who worked closely with the president’s personal lawyer, Rudy Giuliani, serving as emissaries in the campaign to oust then-U.S. Ambassador Marie Yovanovitch and press Ukraine’s government to investigate Joe Biden’s son.  But Parnas and Fruman also exemplify the shattering of norms when it comes to the influence of big money in politics during the administration of President Donald Trump. “Parnas and Fruman are not the first people that we've seen fit this mold of someone with deep foreign connections, who's never given campaign contributions before, suddenly starts giving large amounts of political contributions and then shows up at exclusive events,” said Robert Maguire, the research director at , or CREW. But he says they can be a model for what to look for: political newcomers suddenly making big donations, often using an LLC to obscure their identity. Parnas and Fruman now , among other things, allegedly funneling foreign money into U.S. elections and trying to hide its source. (They’ve pleaded not guilty.) The law is clear on this: “At the most basic level, one is not allowed to solicit, accept, or receive any foreign money in connection with a US election at the state, federal, or local level,” said Ellen Weintraub, a member of the Federal Election Commission. In practice, though, it’s perhaps easier than ever for foreign money to enter the American political system undetected. Learn more about how you can dig into campaign finance documents yourself with at ProPublica. An earlier version of this story incorrectly identified FEC vice-chair Steven Walther as a Republican; he is an independent.
Read Everything, Talk to Everyone: Reporting on Trump, Inc.
Andrea Bernstein discusses  the reporting process behind Trump, Inc. and her new book, host Anna Sale . This bonus episode was recorded at the Commonwealth Club in San Francisco.
The Trump Inauguration’s ‘Unconscionable Contract’
Reporters Ilya Marritz and Justin Elliott have been reporting on Trump's inauguration since 2018 . They looked at , located just blocks from the White House. Those negotiations, first reported by Trump, Inc. in 2019, . “Members of the Trump family were aware of and involved in the negotiation of this unconscionable contract,” D.C. Attorney General Karl Racine wrote in the complaint charging the Trump inaugural committee and the Trump Organization with using around $1 million of charitable funds to improperly enrich the Trump family, filed Wednesday, January 22. A spokesperson for the Trump Organization dismissed the D.C. suit in an emailed statement: “The AG’s claims are false, intentionally misleading and riddled with inaccuracies. The rates charged by the hotel were completely in line with what anyone else would have been charged for an unprecedented event of this enormous magnitude and were reflective of the fact that [sic] hotel had just recently opened, possessed superior facilities and was centrally located on Pennsylvania Avenue. The AG’s after the fact attempt to regulate what discounts it believes the hotel should have provided as well as the timing of this complaint reeks of politics and is a clear PR stunt.” This episode of Trump, Inc. was originally released on February 20, 2019.
Turning Politics Into Money
For generations, the Trump family has used government and politicians as a path to profit. As president, Donald Trump has taken things even further. “This guy is a state capitalist,” said Trump’s first biographer, reporter Wayne Barrett, , cited extensively in this episode. “[In] every single one of his major deals, he was designated to be a millionaire and subsequently a billionaire by the government officials that he co-opted and compromised.” “The Trump family is not shy on transforming their wealth into power in a very crude and brutal way,” says economist “But that's the nature of extreme wealth. When you're extremely wealthy what do you do? You spend your wealth and your time trying to defend your established position.” This episode is based on reporting from host Andrea Bernstein’s new book at ProPublica.
Visa fler 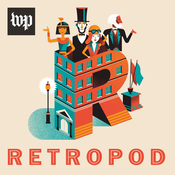 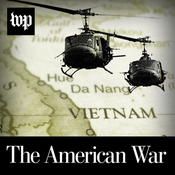