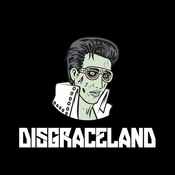 resultat
John Denver: A Folk Singer, a Sniper and America’s Darkest Day
(A special bonus episode of Disgraceland during this prolonged period of Covid-19 lockdown to help you pass the time.) John Denver was arguably one of, if not the biggest star of the seventies. His easy listening mainstream folk and his squeaky clean, environmentally friendly image made him a favorite in homes all across America. But was John Denver hiding a dark secret? One born of a mysterious military upbringing? A secret he would do anything to protect? A secret, he took to his early grave but that may soon see the light of day depending on numerous Freedom of Information Act court challenges?  Learn more about your ad-choices at https://news.iheart.com/podcast-advertisers
Little Richard: Sex and the Duality of the King and Queen of Rock ‘N’ Roll
Little Richard is the originator. Without him it’s hard to imagine the Beatles, Rolling Stones, Elton John or even Led Zeppelin. He blazed a trail through popular culture that previous to him did not exist. His music was completely original for the time, the essence of rock ‘n’ roll, filled with impassioned energy, fueled at times by large quantities of drugs and always brimming with sex. The sex, the drugs, and the party for Little Richard, it was as endless as the manic energy that drove his music and it all nearly derailed him––several times––landing him behind bars and on the wrong side of the gun.  Learn more about your ad-choices at https://news.iheart.com/podcast-advertisers
Covid-19 Disgraceland Programming Check In
Checking in. Here to help and keep you entertained and hopefully shine light on different ways we can all help one another get through this extremely anxious time. Learn more about your ad-choices at https://news.iheart.com/podcast-advertisers
Jake Presents: The Season Finale of Dear Young Rocker: AURAL SKILLS
In this final episode of season one of Dear Young Rocker, young Chelsea starts coming up against some obstacles in her new chosen major of music and sound recording. She is feeling inadequate in her musical ability once again and it hinders her bonding with her classmates. Against her own instincts, she continues an internet-based relationship. Musician and poet Sadie Dupuis of Speedy Ortiz chimes in with a guest letter describing her own early songwriting experiences and influences. Learn more about your ad-choices at https://news.iheart.com/podcast-advertisers
Jay Z: Street hustle, a Nightclub Stabbing, a Near Drug Bust and the God MC
Jay Z’s career defies easy categorization. His artistry and business sense are as influenced by his past career as a drug dealer as they are anything else. Jay Z has reached unprecedented heights as an entertainer and an entrepreneur, and it almost never happened. All because of a stabbing. A stabbing that was influenced by that same street hustle that created “Jay Z”. Learn more about your ad-choices at https://news.iheart.com/podcast-advertisers
Visa fler 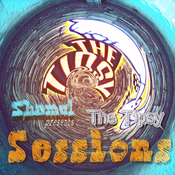